What It’s Really Like To Meet Your Boyfriend On Tinder 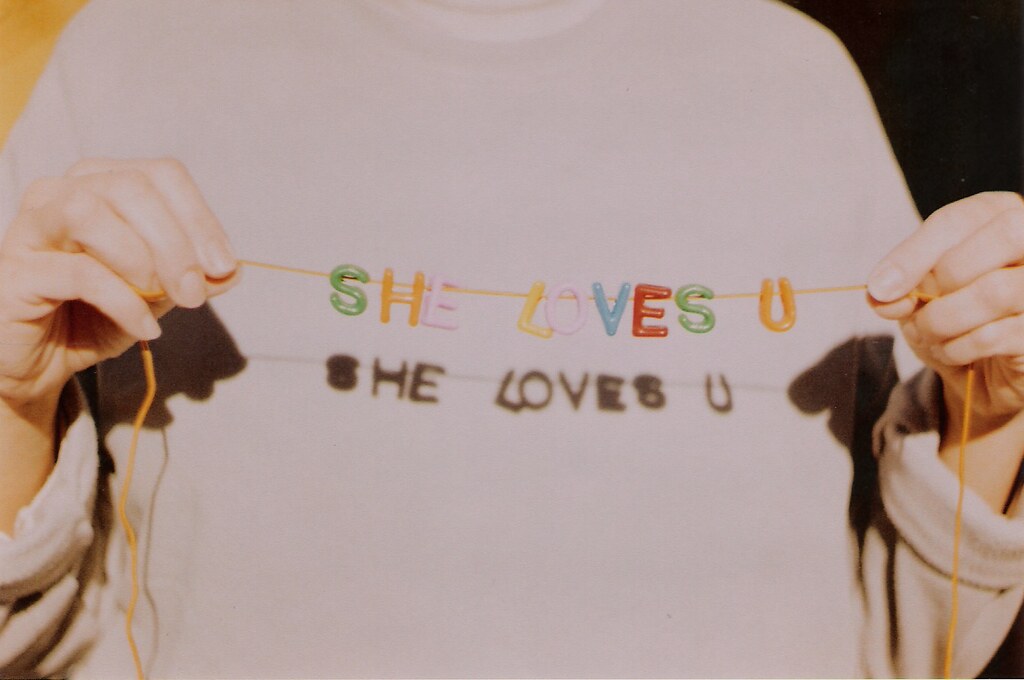 I rocked up to my first date with my boyfriend perfectly on time, wearing a skirt that I knew my mother did not approve of. On the way there, I’d planned an escape route if he seemed creepy, and prayed that I hadn’t been cat fished by Yoda because I’d spent the whole week showing the pictures I’d swiped right on to my friends and exclaiming ‘he looks like a Calvin Klein model!’

So yeah, it was a Tinder date.

It came out at some point in the evening that neither of us had done this before; I didn’t know what to expect, but I was relieved that he was really tall and just sort of normal (and lovely). We had no mutual friends that I knew of, and I had free reign to make up my own mind about him. I spent the night completely forgetting how we’d met (bar the moment we realised he’d lived literally 10 doors down from me back home in London for the last 11 years, which will never cease to freak us, or other people, out). I actually laughed, and for once, not because my date said they owned some variant of coloured chinos and I thought they were joking. It was just a normal date, and at no point did I regret not taking my friend up on his offer to lend me his nerf gun.

People download Tinder for a lot of reasons, I downloaded it for lols at pre-drinks one night, did some swiping and put it away. The next day, a few messages popped up from some people and I laughed it off, and I laughed until I got a message that actually made me smile.  We started talking and I kept smiling, and a year and a half later of not being kidnapped by someone I met on the internet, the rest is history.

If you’d asked me before it happened if I’d meet the guy I love on Tinder, I would have laughed. Partially because I was finishing my first year at university, honestly happily single, and also because I’m a bit of a romantic. It’s hard to romanticise ‘he chose me from a selection of my least awful photos and the mean girls quote in my bio’. Part of the reason I was so adamant I’d never meet a guy on Tinder was because my whole life revolved around the internet; emails, Facebook, running a website, Instagram. Every bit of my life was broadcasted and encoded, and I wanted the romantic aspect of that life to be just that; romantic. I wanted a Jane Austen romance, not that app my friends use to get laid, or to pass the time when they’re on the loo.

But life happens, and when I got back from my date the only thing I could say when my friends asked how it went was ‘I want that one’. Being in a relationship comes with a whole host of quirks and new challenges, but there are some that are unique when you find love using an app that has more horror stories than a Stephen King novel.

Oh, the horror stories. The topic of how we’d met would be avoided purely to avoid being audience to yet another awful Tinder date story. People were cat-fished, stood up and shat on. Nothing makes me happier than telling people how I met my boyfriend, and their first reaction to recount a story involving poo. Romantic.

And, to be honest, for a long time I’d avoid the discussion anyway. Something about it felt embarrassing, like I’d failed at IRL dating. I hadn’t really tried that hard, admittedly, but I’d failed nevertheless. I don’t know if it holds any merit coming from me, but my boyfriend and I are pretty social people. It’s a weird assumption that holds no real truth; everyone I know who uses the app, seriously or for fun, isn’t a hermit crab. I’m the last person who thought this would be my story, but part of me wished I’d had 5 photos and a bio of the other guys I’d dated before I’d met them (I have a feeling it would have saved me a lot of time).

After everyone has shared every nightmare Tinder, Bumble and even Grindr date they can muster up and you’ve been dating long enough for it to be a serious thing, you’ll have to sit and hear about how their third cousin’s dog met his wife on Tinder. You become The Success Story, the shining beacon of hope for those of your friends who don’t use dating apps just to get some action (there is nothing wrong with this, obviously). You feel automatically guilty because you know that one day, someone will tell their friend that they’ve met a person on Tinder and that person will have to sit and listen about ‘my friend’ who ‘has been with her boyfriend for a year and a half and they’re doing great’ and ‘it’s like a normal thing now don’t worry!’ Few things will make you feel less normal than someone feeling as though they have to confirm to you that you are, in fact, normal.

There’s also your grandparents; your grandma, who may have only just learnt about Google last summer, probably isn’t going to be able to understand how you could meet a guy on your phone. There will be people to whom you will just say ‘we met at university’, and shrug it off because sometimes you just don’t want to risk it turning into a discussion. Your mum and dad will probably tell you off for dating someone you met on the internet, because it’s everything every adult spent your entire childhood telling you never to do. Then they’ll tell you off for saying that swiping right was ‘the best thing you ever did with your right hand’ because it sounds uncouth.

For a little while, it feels like a whole lot of explaining for something that really just isn’t a big deal. It certainly isn’t complicated; it’s a blind date, but without the peer recommendation bit. In a lot of ways, it’s pressure free because everyone seems to have such low expectations.

What I’ve realised (despite the stigma, the stories and the explaining) is that you will just forget. There are times when someone asks how we met, and we both remember at the same time, and it genuinely takes a moment. I’m ok that we didn’t meet while we happened to be reading the same book on the bus, because we would never read the same book. I probably wouldn’t have met him otherwise. But here’s what you really learn from meeting the person you love on an app: your story together comprises of every moment after you met, and I’d take those moments over any of the clichéd rom-com beginnings (especially Pretty Woman, for obvious reasons).

DO I HAVE TO EXIST ONLINE TO BE SUCCESSFUL?

Five Books To Read During Lockdown

It may seem trite two months into lockdown to comment on the strange and uncertain times we are living in. We’ve become…

Self Care for Self-Isolation

For all of us, the outbreak of covid-19 is a period of unprecedented change, chaos and confusion. Facing the anxieties of watching…

Are We More Vulnerable to Stalking Than Ever?

The father of Molly Russell who tragically took her life at age 14, has appeared on multiple news networks arguing social media…

Taking Your Wounds into The Wilderness

The walk into the valley took about four hours. We carried packs the size of ourselves, stocked with too much food and…

Period Pain: Saying ‘No’ to Normal

Day to day, most of us put up with small health worries without paying them much attention. Whether it’s getting an intermittent…

Watching The News in the Ladies Changing Room

I don’t really know why I pay for a gym membership. My workout routine consists of a 20-minute cycle while I watch…

To Do: Be Unproductive

I can’t pinpoint exactly when the change happened: when a ‘good day’ came to be measured by productivity levels instead of some…